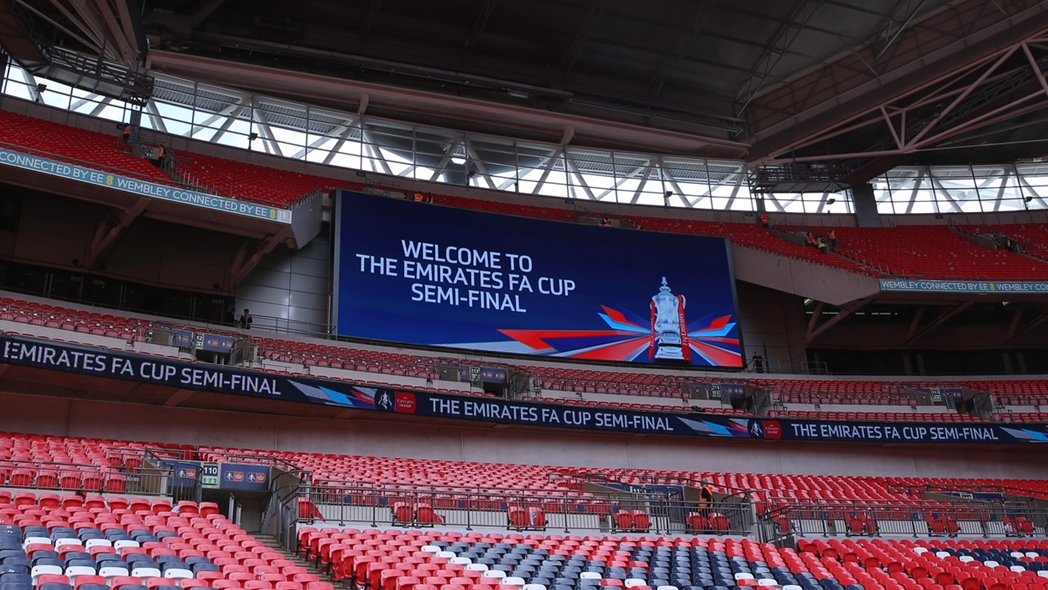 With safety restrictions in place to prevent the spread of COVID-19, Magpies legend Alan Shearer drew the four teams out of the hat on his own, under the guidance of host Gary Lineker.

The draw was made midway through City's 2-0 win over Newcastle United, following victories for Arsenal and Chelsea earlier on Sunday. Manchester United beat Norwich City on Saturday evening.

The Emirates FA Cup semi-finals are due to take place over the weekend of 18 July and 19 July, with The Heads Up FA Cup Final scheduled for Saturday 1 August. All three matches will be played at Wembley Stadium connected by EE.