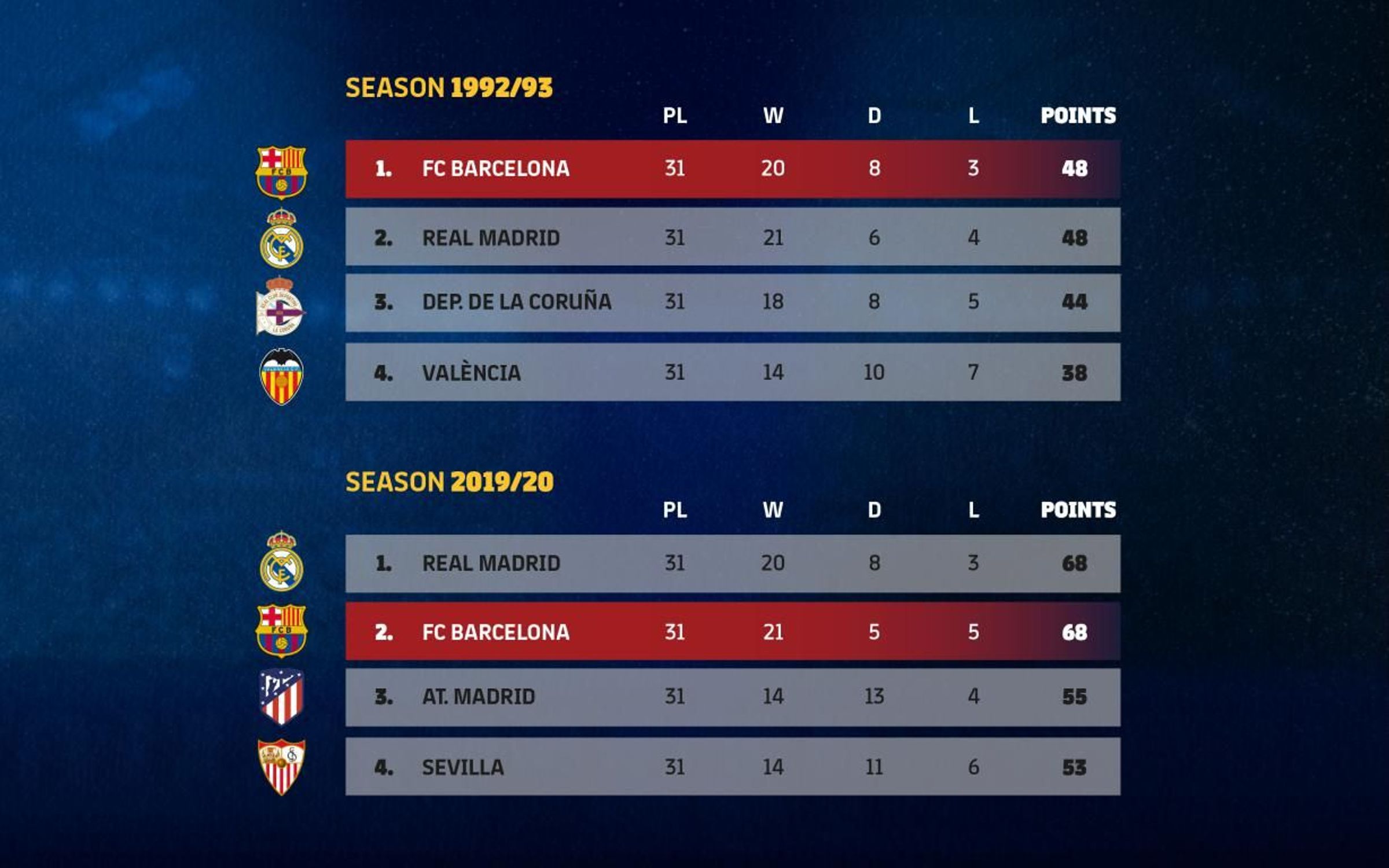 FC Barcelona and Real Madrid are currently level on points at the top of the table, with just seven games still to go. This tight situation is almost a carbon copy of the state of play exactly 27 years ago.

In the 1992/93 season -the days of two points for a win- Barça shared the lead with 'Los Blancos.' Both had 48 points to their name, although on that occasion it was the Blaugrana who had the favourable goal average. The games between the two teams had ended 2-1 on both occasions.

The finale to the season was a rollercoaster ride. Real Madrid were a point ahead at the start of the final matchday, and had to go to Tenerife to seal the title for the second consecutive year. They would lose 2-0, whilst Barça's 1-0 win at home to Real Sociedad allowed them to snatch the league at the end.