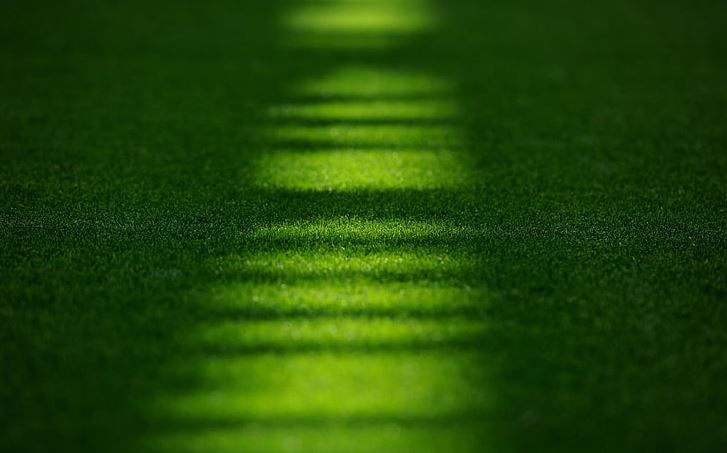 It was quite a remarkable situation. Just a few hours before England's Euros campaign kicked off against Croatia at Wembley, we had no real clear idea of the formation or team Gareth Southgate was going to pick.

With that uncertainty, from the outside, we could raise concerns about preparation, about the lack of a clear plan. But that - clearly, given the performance on Sunday - would fail to reflect the work Southgate and his coaching staff have undertaken behind the scenes at St George's Park and, more recently, their pre-tournament Middlesbrough training base.

There had been a public call for Southgate to attack the tournament with the fantastic range of talented young forwards at his disposal. But, when the team sheet landed, it was obvious that once again Southgate had been unmoved by outside influences. A blend of conservative control and attacking talent was the manager's preference.

He knows these players so well now, knows what he wants to get out of them. And against Croatia, got that performance he was after.

Kalvin Phillips was superb, pouncing on Croatia's technical midfielders and stalling their progress up the pitch, while conjuring up the match-winning moment with some fine skill.

Kieran Trippier, selected at left-back, had a scare with a second-half back pass but largely closed off the right channel for the visitors, while pre-match concerns about the reliability of Tyrone Mings and John Stones proved to be unfounded, with the centre-back pair covering for each other well.

And, in attack, Raheem Sterling - one of the late-arriving Man City and Chelsea players to miss the warm-ups - rewarded his manager's faith with the winning goal and was a threat all afternoon, providing the running beyond to complement Phil Foden's craft on the other side.

With 13 goals in his last 17 internationals, Sterling is a dependable figure for Southgate. He has an increasing number of those in his squad now. Picking the right ones at the right time will be key as the tournament progresses, but the early signs are Southgate's picture of how to play it is a clear one.
Peter Smith

The way the Italians pressed and flowed in the final third during their opening night 3-0 victory over Turkey will have grabbed plenty of admirers but any team that likes to attack needs a secure base to work from. For all the high-pressing and overloads, you need that balance and leadership at the other end. Giorgio Chiellini warned Italy were raring to get their Euro 2020 campaign off with a bang to prove they were back among the elite three years after missing out on the World Cup finals. They delivered on his words.

Chiellini is approaching his 37th birthday in August but he still reads the game like a master of his craft and isn't afraid to put his body on the line when it matters.

He was rarely called into action against such timid opposition but what impressed was his clever distribution from his centre-back role as he joined in with many attacks that allowed space for his teammates. And when Turkey did find a way through the backline in injury-time, the skipper was on hand to make a goal-saving challenge and celebrated like he scored the winning goal in the final. More performances like this and Italy might be heading in that direction.
Lewis Jones

When Lukaku's hungry, Belgium have a chance

No one is really talking about the world's No 1 ranked team despite a run to the World Cup semi-finals three years ago and a golden generation of talent.

If that generation is going to have some real gold to add to its nickname, Romelu Lukaku will be at the heart of it. And against Russia on Saturday, he was.

The Inter Milan striker showed the weapons in his arsenal by scoring two goals of very different styles in their 3-0 victory. The first having a major impact on their victory by silencing the home crowd and ending a shaky start for his country, an instinctive finish after some poor defending put him clean through on goal.

Late on, he outpaced Igor Diveev before showing great composure to add his second of the night, all on the same evening he had watched his club team-mate Christian Eriksen taken from the Denmark pitch having suffered cardiac arrest. His performance was remarkable.

The good news for Belgium is he shows no signs of slowing down, having netted 20 goals in his last 15 competitive internationals.

The strength in depth of his country's squad is impressive too; Eden Hazard, once among their most important players, was restricted to a late cameo from the bench, while substitute wing-back Thomas Meunier set up one and scored another in an emphatic opening victory for Belgium.

Nothing is won in the opening game of a tournament, but markers can be laid. Belgium's has been firmly put down. So too Lukaku's.
Ron Walker

Wales have a point but need to improve

There was a period as the game appeared to be drifting away from Wales in the second half of their Euro 2020 opener against Switzerland when this journalist wondered what Rob Page was waiting for. His team were losing and had barely mustered a shot but no substitution appeared forthcoming.

And then, vindication. Kieffer Moore's equaliser put a different slant on the game. A point well earned against opponents ranked 13th in the world. The decision to pick Moore, like the decision to select Danny Ward, Wales' outstanding player, had been big calls. Page got them right.

In truth, it was the substitution of his opposite number Vladimir Petkovic that tilted the balance back in Wales' favour. Denis Zakaria is a gifted midfielder but he does not pose the creative threat of the man he replaced, Xherdan Shaqiri. He operates deeper. Switzerland surrendered the initiative.

Until then, Wales had defended too deep and could not get the counter-attack going either. It was not the overriding emotion upon the final whistle, but these are concerns that Page will need to address against Turkey on Wednesday in a game that they may need to win to progress.

The coach suggests it will be a very different game - and it will need to be. There are positives. The performance of Ward. The goal for Moore. The obvious threat posed by Daniel James.

But the ease with which Breel Embolo bullied the back line will have been noted by Turkey. So too, the goal that was conceded from a routine set play. Wales have their foothold in this tournament but they know that improvement will be needed if they are to build on it in Baku.
Adam Bate

Better teams will punish the Netherlands

"Just play 4-3-3" was the banner a disgruntled Netherlands fan had flown over the team's training ground ahead of their opener with Ukraine on Sunday.

At 2-0 up with an hour gone, that fan might have been coming round to the barnstorming 3-5-2 which had provided the tournament's best entertainment - if not quality - to date.

But after throwing away that two-goal lead and needing a wing-back, who had never scored for his country, to rescue victory, Frank de Boer was certainly papering over the cracks to suggest his country should be proud of their performance against a Ukraine side who have never gone beyond the group stages at a European finals.

This is undeniably not a vintage Dutch crop and when coupled with a manager still yet to win over many fans - and a day after Georginio Wijnaldum joked he had been behind the 4-3-3 plane - it feels like although disappointment has been avoided in their opening match, better teams will punish their defensive issues as soon as they crop up if they reach the knock-out stages.