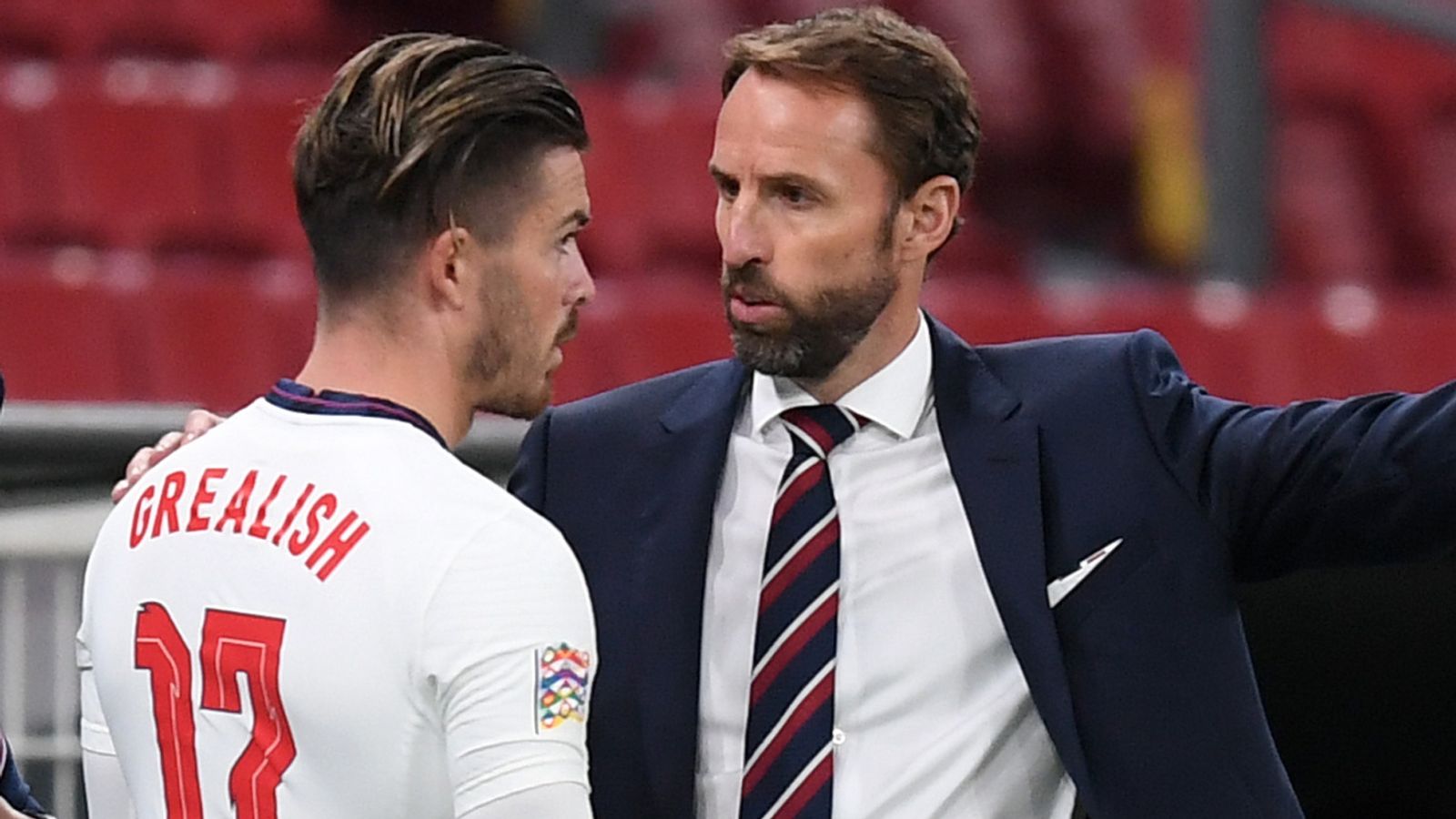 Victory over Denmark on Wednesday evening would not only make it three wins from three for the week and 18 from 22 since the World Cup but leave England top of their Nations League group with two games left to play. Amid a backdrop of off-the-field issues, Gareth Southgate is 90 minutes away from successfully negotiating the latest challenge of his reign.

His side inflicted only the second three-goal defeat that Wales have suffered since their run to the semi-finals of Euro 2016 - and their first without scoring. They followed that up by becoming only the third team in 46 games to beat the world's top-ranked team Belgium.

These results have not been achieved with the thrilling, dominant football that supporters continue to crave. But the signs are there that Southgate is reverting to tournament mode ahead of an 18-month period scheduled to include the delayed Euros and the World Cup.

The England boss was quick to dispense with three at the back after reaching the semi-finals in Russia in 2018. He opted for a more expansive approach in the European Qualifiers and that paid off with Harry Kane finishing as the top scorer with 12 goals. Only Belgium bettered England's total of 37 goals scored in those games. Opponents were pummelled.

But despite putting 10 past Belgium and 12 past Montenegro over two ties, there was still the suspicion something more circumspect would be needed if England are to take the final step. The Netherlands defeat in the semi-final of the Nations League last summer may have crystallised the view that a different approach is needed in the biggest games.

Hence the return of the back three and even its weaknesses are unlikely to discourage the manager. The goalless draw in Denmark last month was dull, while England lacked fluency early on against both Wales and Belgium. But a single penalty conceded in 270 minutes of football is likely to encourage Southgate that this is a means of stifling opponents.

His side were outplayed for 45 minutes against Belgium but they were not outscored. The back five, protected by Jordan Henderson and Declan Rice, was solid enough even as they struggled to control the ball. Bodies behind the ball limits the threat of the counter-attack.

It seems that Southgate is set on some combination of Henderson, Rice, Kalvin Phillips and Harry Winks to provide the base in midfield. Lack of imagination there is a concern with England's age-old inability to play through the thirds limiting their effectiveness.

The sight of midfielders not necessarily showing for the ball let alone turning and running with it had many urging for the inclusion of Jack Grealish in a deeper role. How risky would it be to include a ball-carrier with three centre-backs and a holding midfielder for company?

Grealish is the sort of player who wants the ball to feet in tight areas, commits opponents and unlock defences. His presence there would transform England but the prospect of him playing that role is somewhere between slim and none. Opening the game up is not the aim of this formation switch. This is about tightening up. Risk-free football. Tournament football.

Southgate has seen how these things are won.

Vicente del Bosque inherited one of the most talented squads ever assembled and proceeded to win the 2010 World Cup based on the template of the great Barcelona team. But the tweak that he made revealed plenty about the mentality of the international game.

His front six for the final included five of the men who would also win the Champions League for Barca the following year. But instead of Lionel Messi, Del Bosque went with holding midfielder Xabi Alonso in a more cautious line-up. Every knockout tie was won 1-0.

France boss Didier Deschamps boasted a similar embarrassment of riches with his team at the 2018 World Cup but spent much of the tournament fending off accusations of negativity. He played Blaise Matuidi on the wing and strung four centre-backs across his back line.

It was a goal from one of those centre-backs - Samuel Umtiti - that proved enough to beat Belgium 1-0 in the semi-final. All the complaints were forgotten by the time that the nation was celebration on the Champs Elysees after an uncharacteristic 4-2 victory in the final.

Portugal's win at Euro 2016? Achieved despite playing an hour of the final without a striker. Southgate does not need to hark back to Greece's set-piece masterclass of 2004 to see that, in this particular game, slow and steady wins the race. Be solid. Give yourself a chance.

If improvement is to come next summer it is likely to be facilitated by more modest changes that will give his England side more invention in the final third than has been evident of late.

The inclusion of a natural left-footer at wing-back in the form of Ben Chilwell should provide a little more width on the left. Perhaps more can be expected from Trent Alexander-Arnold on the other flank too. The Liverpool man, whose set-piece expertise could prove crucial for his country, should be a natural at wing-back but has struggled to impose himself thus far.

All of which leaves only three slots available in the attacking positions - and with it comes the realisation that some very good players are likely to miss out on a tournament place. The indiscretions of Phil Foden and Mason Greenwood could yet turn out to be even more costly for the young duo.

Kane and Raheem Sterling can still expect to occupy two of the positions next summer if fit but who will be the third man? Jadon Sancho and Marcus Rashford bring pace. Grealish or Mason Mount could drop into the pocket. There are options galore in attack even before Kane's new deputies Dominic Calvert-Lewin and Danny Ings come into contention.

That both strikers scored their first England goal in the win over Wales last week only underlines the competition for places. Tammy Abraham missed out on his chance with this squad and will now be wondering when the next opportunity will come his way.

The Denmark game at Wembley is the latest chance for these forwards to jostle for position. Southgate has worked hard to create a team culture and feelings of camaraderie endure for now. But as we approach the endgame, there is an awareness that one big performance at this stage can elevate one player above the rest. Who will impress on Wednesday night?

Other matches on Sky