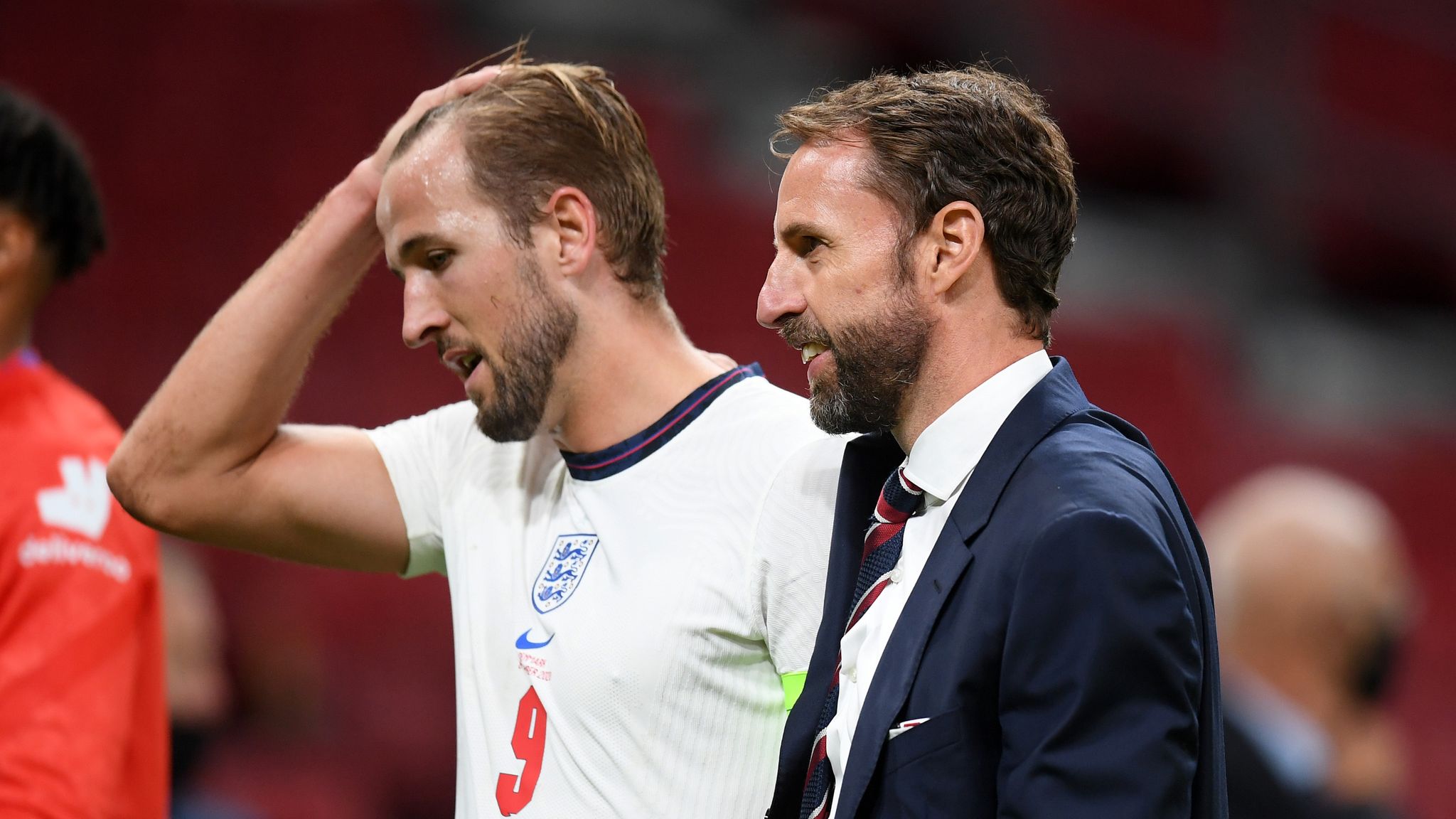 Gareth Southgate insists there are no fitness concerns with Harry Kane and says England "don't risk players" during international duty.

Sky Sports News reported on Tuesday of a potential club versus country row brewing between Tottenham and England over the availability of Kane, who is nursing muscle fatigue.

The striker was a doubt for Sunday's Nations League game against Belgium, but emerged as a 66th-minute substitute as England won 2-1 at Wembley.

The 27-year-old, who sat out England's 3-0 friendly win against Wales on Thursday, has been plagued by injuries, with a hamstring tear last season prompting doubts over his participation in the European Championship before the tournament's postponement because of the COVID-19 pandemic.

Spurs boss Jose Mourinho expressed concerns this month over Kane's workload and called on Southgate to protect the striker by not playing him in all of England's games during the international break.

Asked if Kane was fit to start England's Nations League game at home to Denmark on Wednesday, Southgate said: "Absolutely. He was feeling delayed muscle soreness, which can often happen to athletes but there was no injury at any point.

"Our issue with Harry before Sunday's game was to be able to perform at the highest level. Now, with the addition of a couple of days' training, it's not even an issue.

"He's been fully fit since the end of last week, just before the last game. He would have started the last game but hadn't had enough training time.

"He was obviously fine during the game so he's fit and available."

On England's record of keeping players fit, Southgate added: "We don't risk players. I've been a player and my priority is always the welfare of players.

"On very rare occasions, we've ended up with a couple of injuries during matches. That's pretty much unavoidable.

"We've never lost a player through an error in terms of our training load. We pride ourselves on looking after the players.

The England manager has been forced into a re-think at left-back following the withdrawals of Ben Chilwell and Kieran Trippier.

With both missing, it is likely Southgate will turn to one of two Arsenal players at his disposal with Bukayo Saka and Ainsley Maitland-Niles both adept down the left.

Southgate highlighted how Ashley Young had adapted to the role during the 2018 World Cup and called on his current squad to follow suit.

"It's not ideal, clearly, but we're used to dealing with these things," Southgate said. "It's so hard to have a squad without withdrawals and without injuries.

"The number of matches everybody has got is adding into that. It's very complicated for everybody at the moment.

"We have to be adaptable. When one player is missing, it's always an opportunity for others.

"We played with Ashley Young there, getting to a World Cup semi-final, and he was an absolute Trojan for us."