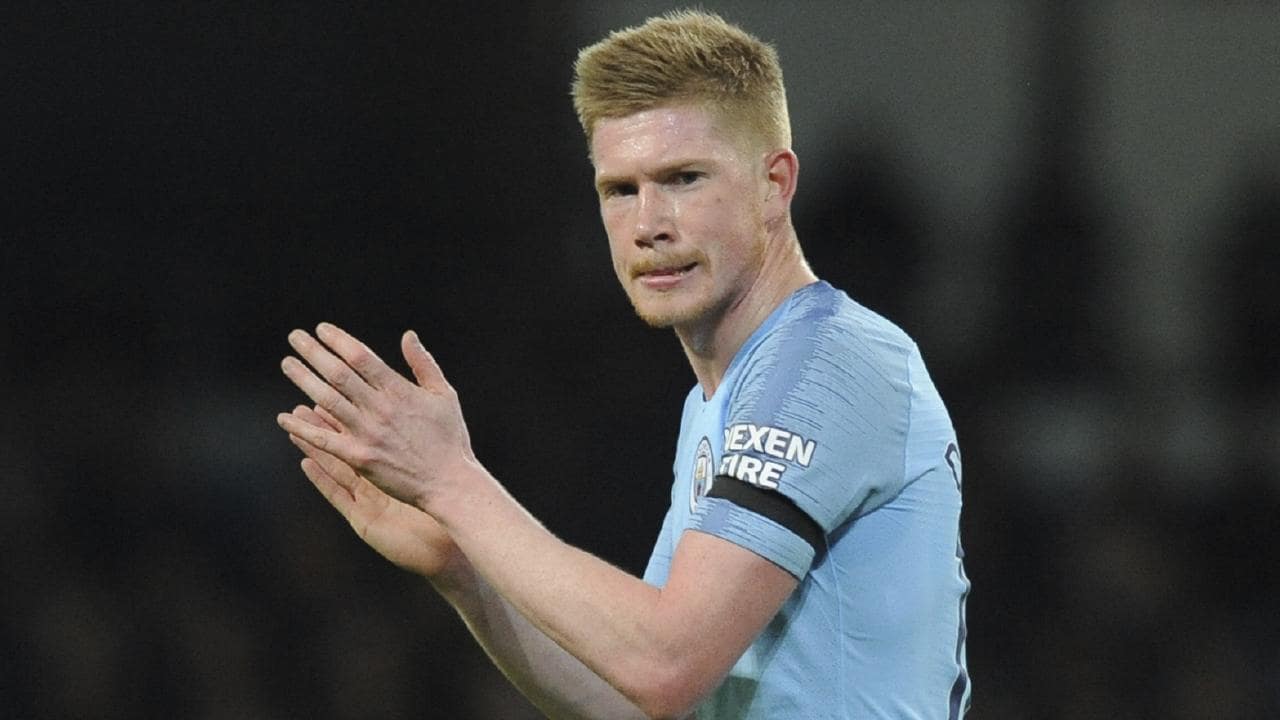 Kevin De Bruyne has been ruled out of Manchester City's Saturday night Premier League game at home to Arsenal.

De Bruyne had to withdraw from the Belgium squad after he was substituted during the second half of last weekend's 2-1 loss to England.

City boss Pep Guardiola does not think the injury is too serious but is not sure how long De Bruyne will be absent.

"I don't think it is much but the next games I think he will be out," said Guardiola.

"But we will see day by day, how it is going on.

"I cannot answer [exactly how many games De Bruyne will miss] because I do not know".

There was better news for City fans concerning forward Sergio Aguero, who is closing in on a first appearance of the season after knee surgery.

"He is training well and we are happy," said Guardiola.

"Every team needs a striker and we have played without them the last two, three games [Gabriel Jesus is also out injured at present].

"He has been training well and we are happy to see him back on the pitch after a long, long time."

Will Arsenal make a statement at Man City?

Mikel Arteta takes Arsenal to Manchester City on Saturday to face his mentor Pep Guardiola - but will the Gunners pull off a statement win to underline their improvement under him?

Former City coach Arteta has come up against Guardiola and City twice already in his short managerial career, losing 3-0 at the Etihad when the Premier League restarted in June and then pulling off a shock 2-0 win in the FA Cup semi-finals en route to lifting that trophy.

Ex-Arsenal striker and current Sky Sports pundit Alan Smith has been impressed by Arteta's work at the club since he took charge last December and fully expects Arsenal to improve on their eighth-placed finish last season in the Premier League.

"I think Arsenal fans will be looking forward to this one," Smith told the Pitch to Post Preview podcast. "More so than a year ago when going to the places of the big boys would have filled them with a bit of dread as to whether they were going to get turned over, embarrassed even."

"But nowadays, win lose or draw, Arsenal fans are fairly confident they'll go up there prepared, organised, and they'll give City a good game."