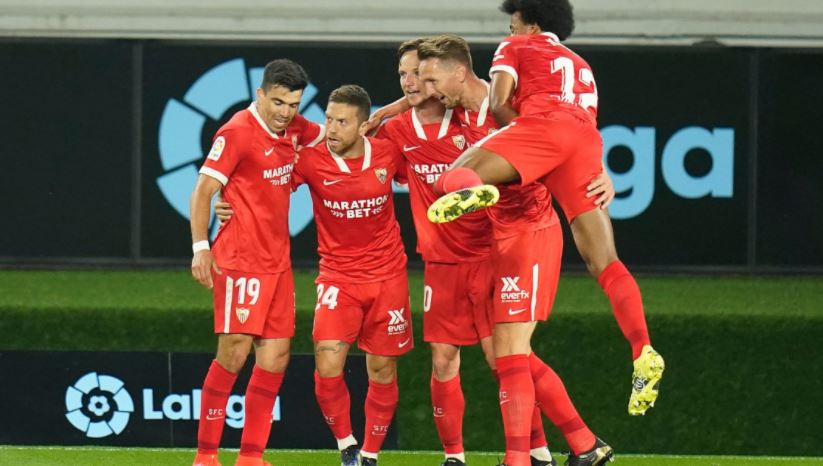 Papu Gomez was Sevilla's hero on Monday night as they beat Celta Vigo in a seven-goal thriller at Balaidos.

Jules Kounde had put Sevilla ahead early on, but an Iago Aspas double put the home side ahead.

Parity was restored by Fernando before Brais Mendez sent Celta in at the break with the lead. But Ivan Rakitic levelled again on the hour mark and, with less than a quarter of an hour to play, Gomez bagged his second since his January arrival.

It didn't come as a surprise that Kounde's opener came in the form of a bullet header, giving Ivan Villar no chance in Celta's goal with just seven minutes on the clock.

Naturally, Iago Aspas was the man on target for Celta, and he hit twice inside three minutes to turn the game on its head midway through the first half.

Fernando's leveller had the sides level for just eight minutes before Brais scored a gorgeously delicate dink over Bono.

But Sevilla never let their heads drop. Rakitic again pulled them back on terms before Papu Gomez was able to capitalise on a slip in Celta's backline to race through and finish the game's seventh goal.

The Argentine had a chance to kill things off late on, but his curling effort fell just wide of the post.