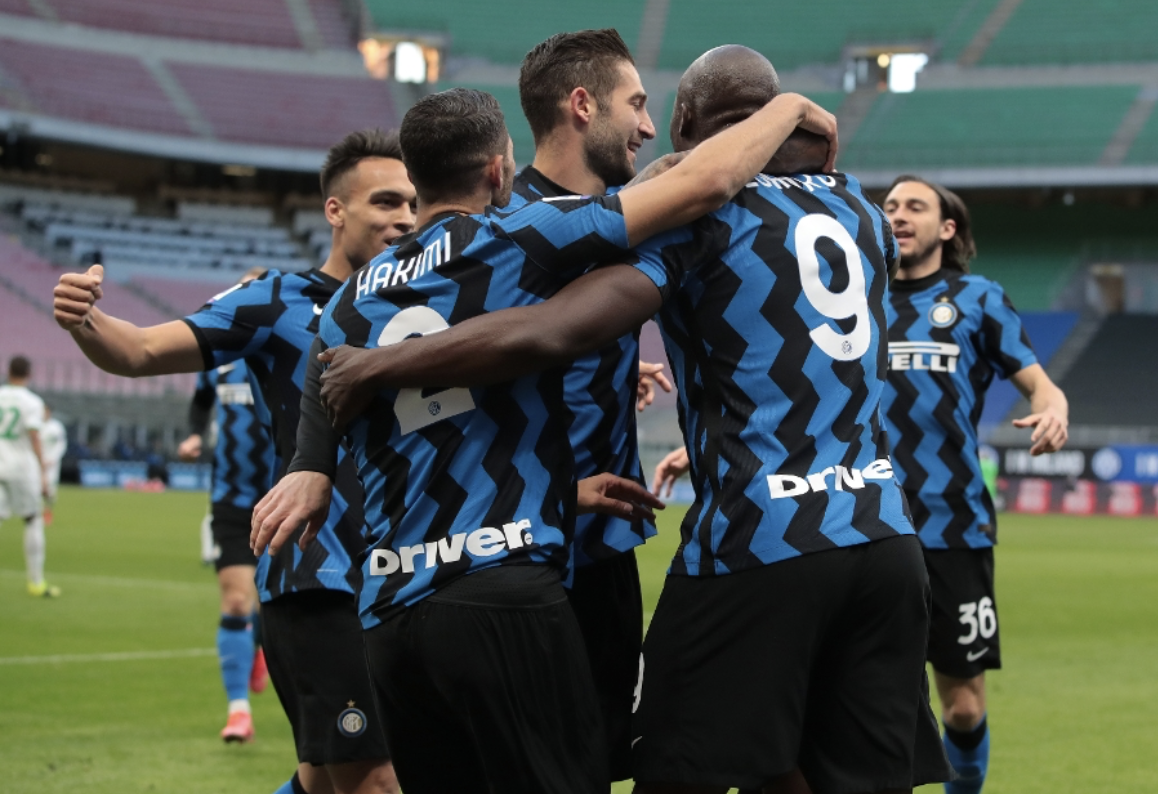 Inter took another step towards getting their hands on their first Serie A title since 2010 on Wednesday evening as they beat Sassuolo 2-1 at the Stadio Giuseppe Meazza.

Antonio Conte's side have now chained together 10 consecutive victories, leaving them a comfortable 11-point gap between themselves and city rivals AC Milan, who remain in second place.

Inter haven't had the best of records against Sassuolo since the Neroverdi have been in Serie A, but Romelu Lukaku headed home an Ashley Young cross early on to settle any nerves that they might have had.

Sassuolo, who made the decision to leave out a number of their most important players due to the recent outbreak of COVID-19 in the Italy camp over the international break, dominated the ball but were unable to break Conte's side down.

They did, though, have a penalty appeal waved away before Lautaro Martinezmade it 2-0 to Inter on the end of a lethal counterattack.

It wasn't all smooth sailing for the hosts, though, as Hamed Junior Traore sent a gorgeously placed shot into the top corner with five minutes left.

But Conte's side were too far in the lead to be caught by then, and they held on to extend their lead atop the Serie A table.