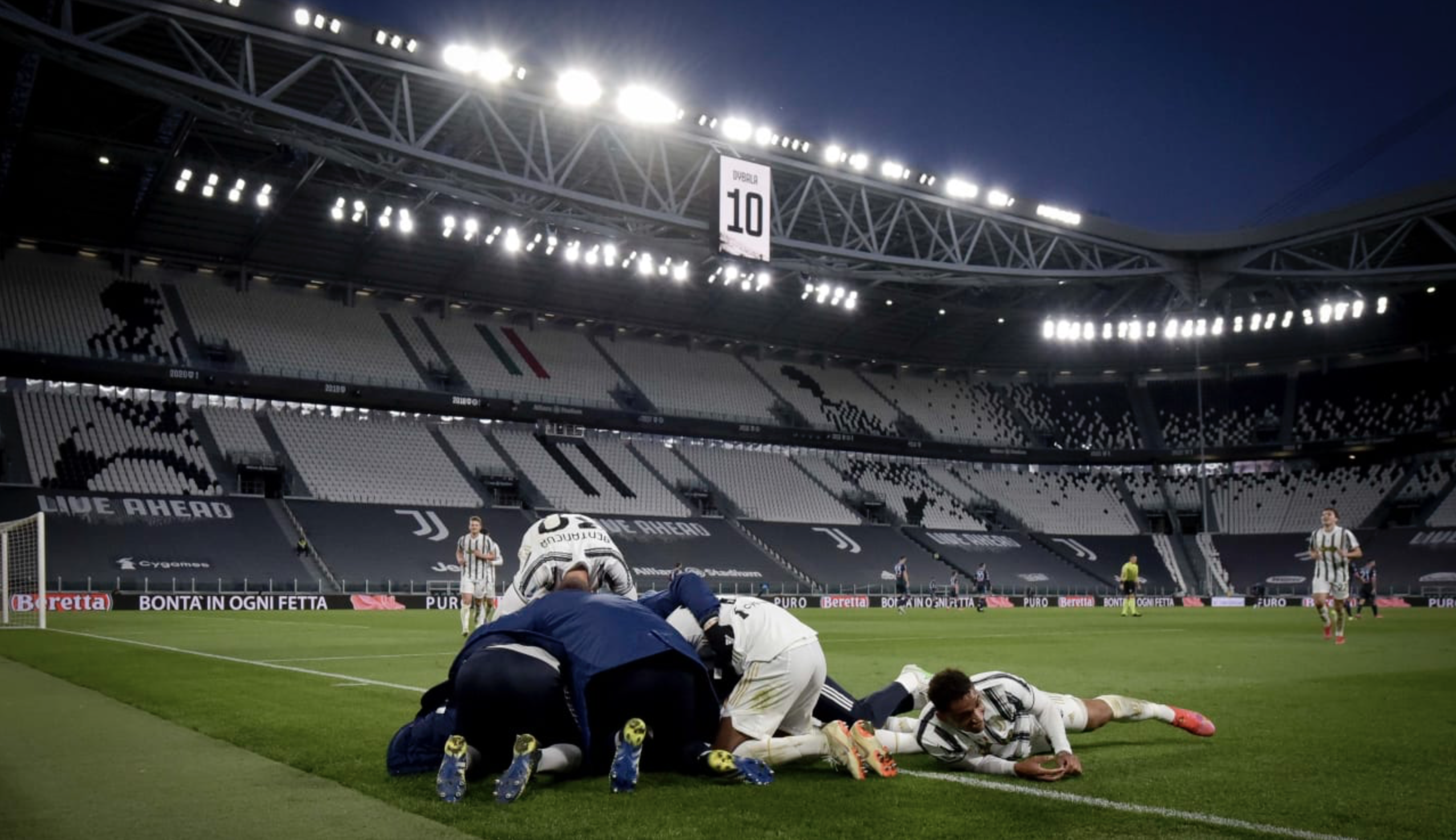 Juventus picked up a crucial three points in the race for Champions League qualification on Wednesday evening with a hard-fought 2-1 victory over Napoli at the Allianz Stadium.

The sides had kicked off level on 56 points before goals from Cristiano Ronaldoand Paulo Dybala put the game beyond Napoli, who scored a 90th-minute consolation penalty through Lorenzo Insigne as the hosts put an end to their stuttering recent form and moved above Atalanta into third place in Serie A.

Andrea Pirlo made one change to the side that drew with Torino on Saturday, as Gianluigi Buffon replaced Wojciech Szczesny in goal. Fabian Ruiz came into the starting line-up for the visitors.

The first major chance fell to Juventus after two minutes. Danilo picked out Cristiano Ronaldo with a beautifully weighted cross, but Cristiano somehow placed his header wide from point-blank range.

However, the Portuguese forward would not pass up the next opportunity, which arrived ten minutes later. Federico Chiesa weaved his way into the Napoli box before his cut-back was hammered home by Cristiano, giving his side the lead with his 25th Serie A goal of the season.

The second half saw Paulo Dybala, Weston McKennie and Arthur Melo return to action after being punished for breaking COVID-19 protocols, and the Argentine was soon on hand to double his side's lead.

After receiving a pass from Rodrigo Bentancur, Dybala turned and unleashed a powerful effort to give his side an unassailable lead with 15 minutes remaining.

Dybala's difficult season has seen him sidelined since January 10, and he has only found the back of the net four times in all competitions, but he received a welcome boost here.

A foul by Giorgio Chiellini on Victor Osimhen saw Lorenzo Insigne convert the resulting penalty on 90 minutes, which resulted in a tense finish to the game.

However, Juventus held out for a vital win as they took a giant stride towards Champions League qualification.