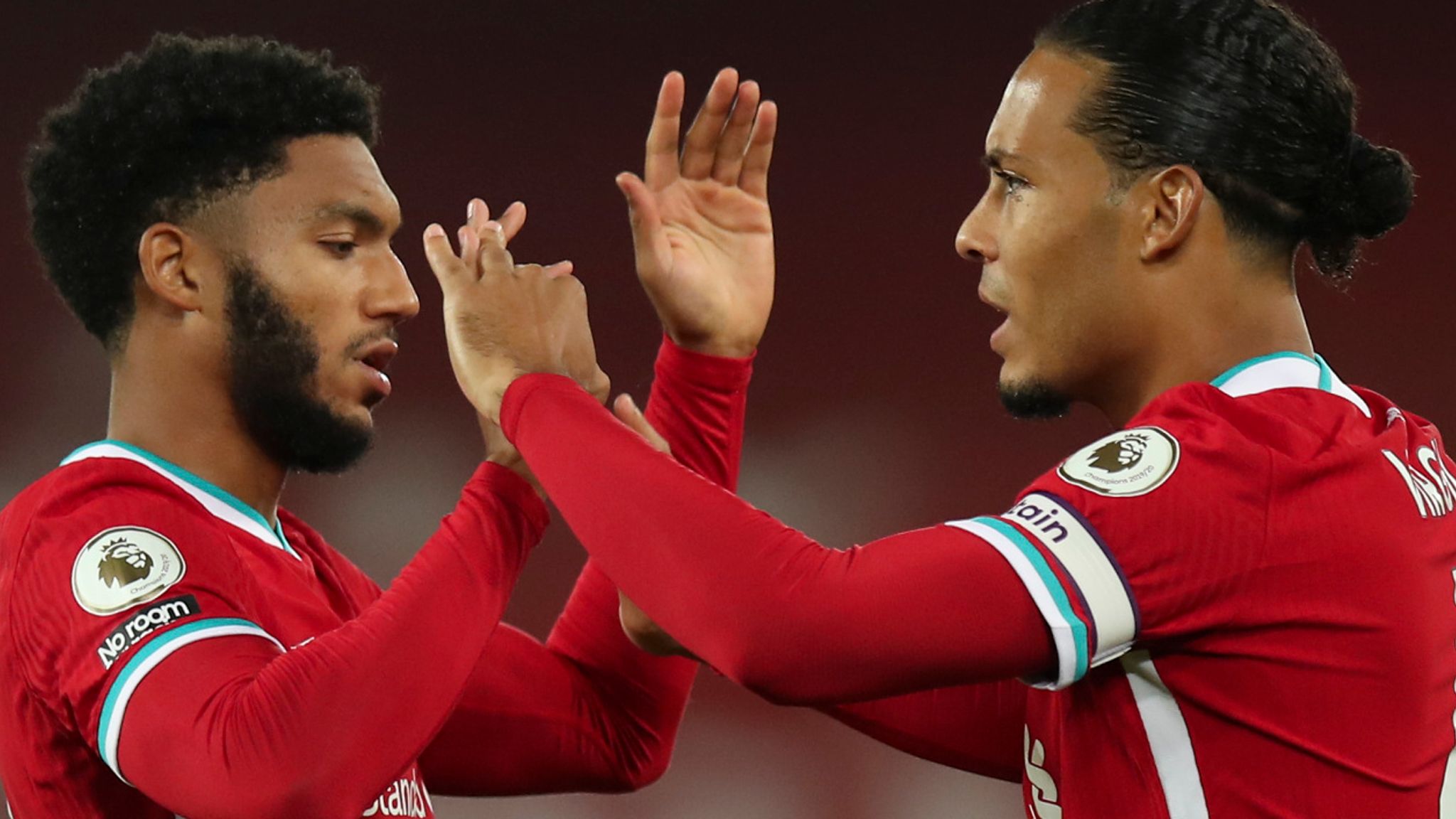 Vinny O'Connor joined the Pitch to Post Preview Podcast to assess Liverpool's growing injury list and how it will affect Jurgen Klopp's team selection and tactics against Leicester on Sunday.

That list of problems could barely come at a worse time for the Premier League champions, who face this season's early pace-setters Leicester live on Sky Sports Premier League this Sunday - kick-off at 7.15pm - with the Foxes on a six-game winning run.

Avoiding defeat would be enough for Liverpool to surpass their unbeaten home league run of 63 games, and Sky Sports News reporter O'Connor told the Pitch to Post Preview Podcast things may not be as bad as they seem given the club's recent run of results.

"Result-wise, Liverpool rattled off five straight wins before the Man City draw," he told the podcast. "They've only lost once all season, twice if you include the Arsenal penalty shoot-out in the League Cup.

"Even going back to that Aston Villa defeat, they had a full-strength side out. They've got the chance this weekend to go back to the top of the table, they're at home to Leicester, they've equalled the club-record 63 league games unbeaten at home. They've obviously been able to cope with the injuries they've picked up since the Villa game.

"Yes injuries have impacted on them, but they have been able to utilise that squad and grind out those results which have kept them in contention."

Who will line up for Liverpool?

Liverpool could have their entire first-choice back four absent with Andrew Robertson and Trent Alexander-Arnold both missing games over the international break, and Van Dijk and Gomez already both ruled out with long-term injuries.

In attack, Salah looks set to miss out for the first time this season, having been absent for only four of Liverpool's league games since the start of 2018/19, giving Klopp a challenge in how to re-organise his front line - but with new arrival Diogo Jota in superb form.

"With Salah out, you might expect a return to the 4-3-3 but it depends on the injury situation around the club," said O'Connor.

"Liverpool will be looking to keep Jamie Vardy quiet, they haven't kept a clean sheet in the Premier League since the second week of the season, and we've seen what great form Vardy is in. If Fabinho is fit and comes in, that's a boost for Liverpool, but attack-wise how will they cope without Salah?

"Looking back at the Aston Villa game, and there was a feeling that missing Sadio Mane affected Liverpool quite a bit, and now what role will Diogo Jota play if he replaces him, and can they keep those kind of levels? We've asked the question of Klopp of whether he's now got a front four, and maybe this will give us some indication of whether that's the case."

Klopp has previously bitten back at suggestions Liverpool should have added another centre-back in the summer after selling Dejan Lovren to Zenit St Petersburg, but with Gomez and Van Dijk both missing for at least most of the rest of the campaign, Liverpool are short on options in defence.

Even with that, O'Connor believes there is still no guarantee Klopp will add to his ranks at the back when the January transfer window comes around.

"On the face of it, we'd say they all need to bring players in!" he said. "But the noises coming out of Anfield, and Jurgen Klopp isn't one for normally dipping into the January window, is looking much the same as before. That said, they said they wouldn't do much business in the summer and ended up signing Alcantara and Jota.

"We've seen Kabak linked from Schalke, and I know it's stating the obvious but talking about Jurgen Klopp not generally bringing players in during January, he generally moves in the transfer market with a long-term plan. He's not one of these managers who goes for a kind of stop-gap measure. The one I can remember is Steven Caulker, when he came in on loan during a defensive crisis, and he ended up playing more as a centre-forward!

"The noises coming out of Anfield at the moment are that they won't do any business, but there's always that caveat that something might turn up and if they need to, they have the means to bring players in."

Plus, Sky Sports News reporter Vinny O'Connor has the latest on Liverpool's growing injury list ahead of their clash with Leicester, and his colleague Mark McAdam lifts the lid on Southampton's strong start to the season.

And Sky Sports football journalist Ron Walker talks Leicester and West Ham, and makes his Pitch for what will happen in the Premier League this weekend.