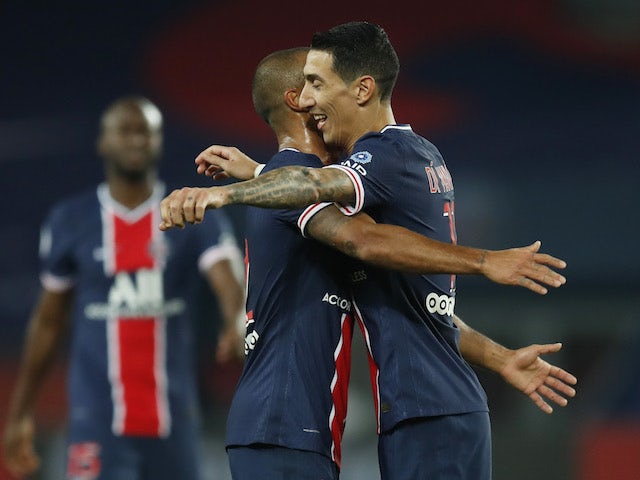 Monaco will attempt to defy the odds and stop Paris Saint-Germain in their tracks when Niko Kovac's men play host to the champions in Friday's Ligue 1 encounter.

Both sides marched to victory in their most recent games before the international break, with the hosts overcoming Nice 2-1 and PSG scoring three against Rennes in a straightforward win.

Monaco's horror show of results ended as Halloween passed, with Kovac steering his team to two victories on the bounce after failing to win at all in the month of October.

Les Monegasques overcame the normally solid defence of Bordeaux with ease earlier this month as Monaco hit Les Girondins for four without reply, and Kovac's men made it two for two before the international break as they walked away from their encounter with Nice with all three points.

The manner of that victory was nowhere near as commanding, though, with Axel Disasi and Sofiane Diopnotching up goals before Pierre Lees Melou set up a nervy finale, but Monaco nevertheless held on to continue their charge up the table.

As things stand, Monaco are one of three sides sitting on 17 points with a goal difference of +3 after 10 matches - with Montpellier and Nice hot on their trail - but Kovac's men would temporarily go as high as second should they pull off an unexpected victory against a rampant PSG side.

PSG have certainly put their under-par start to proceedings behind them and are back where they belong - at the top of the Ligue 1 table.

Thomas Tuchel's perennial champions have opened up a five-point gap between themselves and second-placed Lille, who have endured a woeful run of results as of late, with PSG showing no signs of slowing down despite suffering a plethora of injuries.

PSG have come out on top in their last eight matches in the French top flight, although their Champions League campaign has not gone so swimmingly for the injury-hit Parisiens, who have fallen victim to 2-1 defeats to Manchester United and RB Leipzig already.

Tuchel must navigate another showdown with German powerhouses Leipzig next week, and with several of PSG's stars either injured or returning from international duty this week, the champions could name a much-changed lineup once again in this challenging and disrupted season.

Even with significant alterations, PSG should still feel confident of extending their winning run in the league, as the champions have prevailed in 10 of their last 11 meetings with Monaco in all competitions.

Monaco full-back Ruben Aguilar, who recently earned his first cap for the French national team, is suspended for this encounter - meaning that Djibril Sidibe should start on the right-hand side of defence.

Goalkeeper Benjamin Lecomte is recovering from a broken hand, so ex-Arsenal shot-stopper Vito Mannone is set for another start in between the sticks.

Aleksandr Golovin remains unavailable due to a hamstring problem, but the Russia international would have found it hard to break into Kovac's first XI anyway.

With multiple players contracting coronavirus over the international break, Monaco have not come out unscathed as Wissam Ben Yedder returned a positive test, forcing him to pull out of France duty.

The champions are not so lucky on the injury front either, although Kylian Mbappe turned out for France in their Nations League showdown with Sweden, and the 21-year-old should be given the green light to line up against his former club on Friday.

Neymar was sent home from the Brazil camp after failing to recover in time, but the attacker's condition is said to be improving and he could make his comeback on Friday.

However, PSG's extensive injury list sees Moise Kean, Pablo Sarabia, Mauro Icardi, Idrissa Gueye and Julian Draxler all sidelined, and Marco Verratti will also miss this one out despite previous optimism over the midfielder's availability.

PSG's South American internationals Marquinhos, Leandro Paredes and Angel Di Maria are not set to return to the French capital until 48 hours before the game, and the trio may not be involved from the first whistle against Monaco.