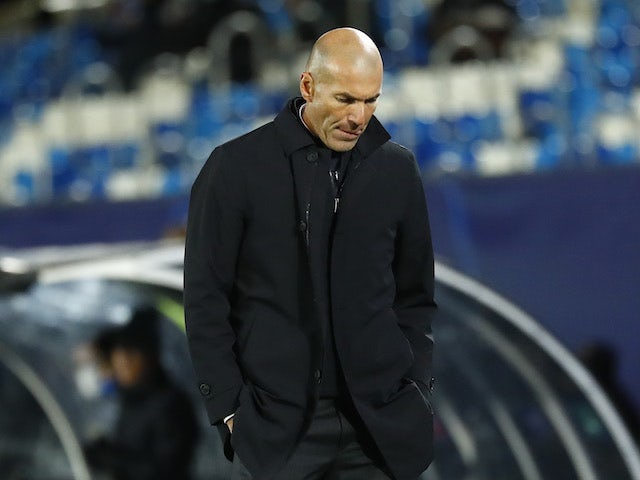 Real Madrid will be looking to return to winning ways in Spain's top flight when they continue their 2020-21 campaign away to Villarreal on Saturday afternoon.

Los Blancos suffered a 4-1 defeat to Valencia before the international break to drop to fourth position in the table, two positions and two points behind Villarreal, who have made an excellent start to 2020-21.

Villarreal finished fifth in La Liga last season, but the early indications are that the Yellow Submarine are more than capable of challenging for a top-four position in 2020-21.

Unai Emery's side have been extremely impressive in the league this term, picking up 18 points from their nine matches to sit second in the table, just two points behind leaders Real Sociedad.

Villarreal are currently on a four-game winning run in all competitions, including a 3-1 success at Getafe before the international break, while they have also been impressive in the Europa League.

Indeed, El Submarino Amarillo have won all three of their games this term against Sivasspor, Qarabag and Maccabi Tel Aviv to rise to the top of Group I, already well on course for the knockout round.

Emery's team will be looking to pick up another impressive result this weekend, and the fact that Madrid are likely to be missing a number of important players could hand them a huge chance to triumph.

Madrid, meanwhile, are currently fourth in Spain's top flight, having picked up 16 points from their eight matches at the start of the 2020-21 campaign.

Los Blancos picked up two strong wins over Barcelona and Huesca towards the end of October but suffered a heavy 4-1 loss at Valencia just before the international break.

The reigning champions are entering a vital period of the season as two of their next three league matches after this one are against Sevilla and Atletico Madrid, while they also have key Champions League fixtures away to Inter Milan and Shakhtar Donetsk on the horizon.

Zinedine Zidane's side are still in a strong position in Spain's top flight despite their issues in the opening weeks, but they are likely to face a very tough examination by Villarreal this weekend.

Madrid have not actually beaten the Yellow Submarine away from home in La Liga since February 2017, although the capital giants have been victorious in two of the last three fixtures between the two sides.

Villarreal will again be without the services of Jaume Costa, Juan Foyth and Alberto Moreno through injury, but the Yellow Submarine are otherwise in good shape in terms of absentees.

There is every chance that Emery could decide to select the same XI that took to the field against Getafe before the international break, with fit-again Gerard Moreno joining Paco Alcacer and Moi Gomez in attack.

Alfonso Pedraza should also keep his spot at left-back despite Pervis Estupinan's return from injury, while Francis Coquelin is likely to start on the bench with Dani Parejo featuring alongside Vicente Iborra and Manu Trigueros as part of a midfield three.

Madrid, meanwhile, have received some excellent news on the coronavirus front, with Eder Militao, Eden Hazard and Casemiro all now testing negative for the virus.

All three, in theory, should be available this weekend, while Dani Carvajal, Alvaro Odriozola and Nachohave all overcome recent injuries and are expected to be in the squad.

Sergio Ramos is set to miss out with the hamstring problem that he picked up while representing Spain, though, and Raphael Varane faces a late fitness test on a shoulder issue.

Federico Valverde is definitely out with a shin problem, but Karim Benzema has trained after suffering a groin injury against Valencia before the international break, and the striker could be fit enough to start.

Martin Odegaard is also available after making his return from injury against Los Che, but Luka Modric is expected to join Casemiro and Toni Kroos in the middle of the park.