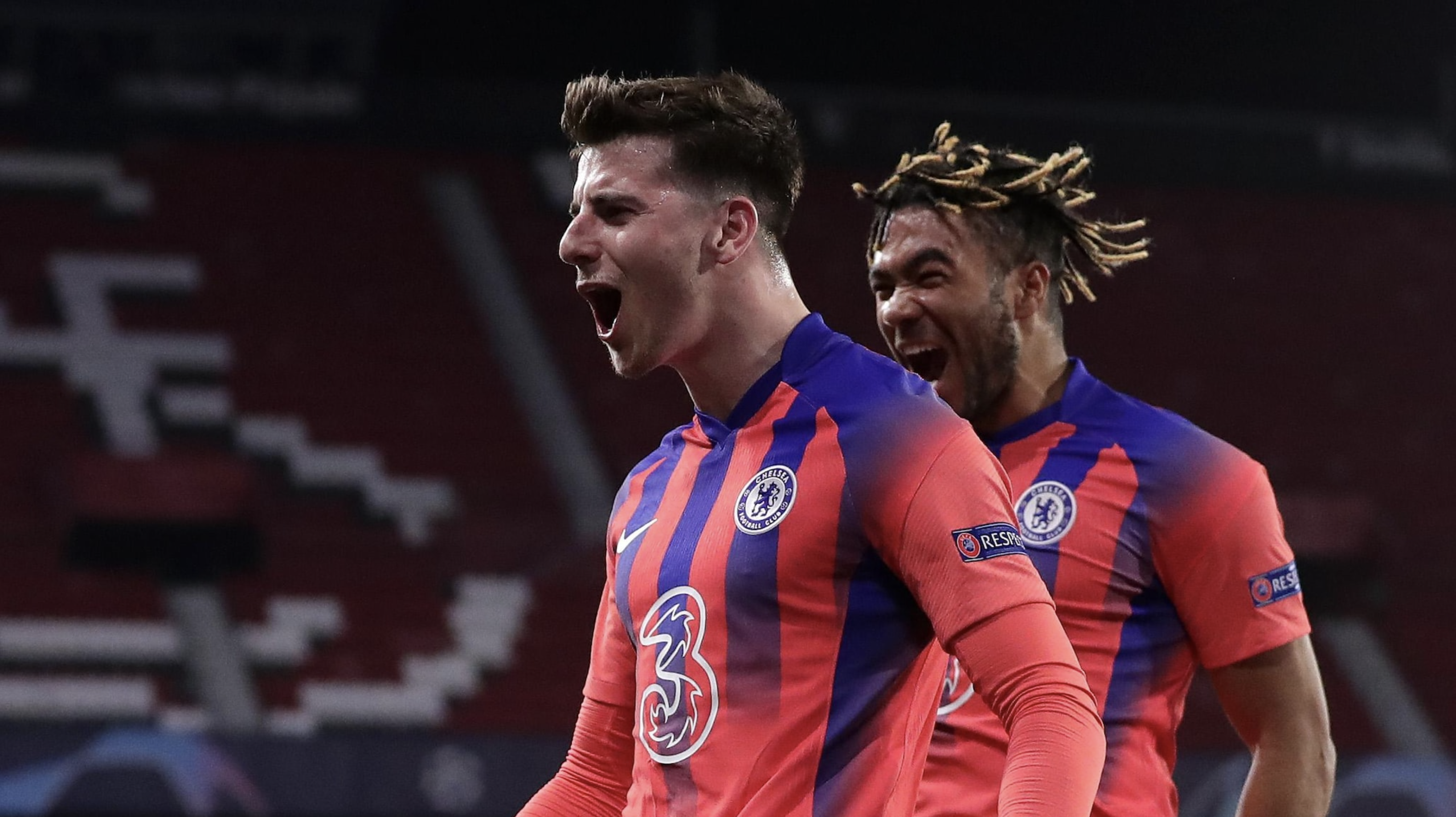 Chelsea continue to ride the crest of a wave under Thomas Tuchel after a convincing 2-0 defeat of Porto in the first leg of their quarter-final tie in Seville.

Porto had their first-half chances but it took a moment of Mason Mount magic to open the scoring, the in-form England forward swivelling past Zaidu with one delightful touch before finishing low across Agustín Marchesín with his second.

The home side had further opportunities after the break, Moussa Marega most notably thwarted by Edouard Mendy’s speed off his line, but largely it was the Blues who were the more threatening.

César Azpilicueta’s close-range header missed the target altogether and Christian Pulišić’s thumping shot crashed against the bar. However, Ben Chilwell made no such mistake after catching Jesús Corona in possession and rounding Marchesín to slot into the unguarded net.

Man of the Match: Jorginho (Chelsea)

"He gave the pass to Mount for the first goal and was always offering to take the ball. Also very good defensively and in the right place throughout."
Cosmin Contra, UEFA Technical Observer.

Porto were the better team for spells but ultimately two defensive lapses proved costly. Sérgio Conceição's men were brave and executed their game plan but failed to score. They showed that they can compete with Chelsea, so the tie is not over. They have to be more clinical in front of goal and more focused at the back.

A gritty and determined display from Chelsea, lit up by two moments of real quality. They had to weather a storm for much of this first leg but they did it superbly, standing strong against the Porto pressure. Mount's turn and finish was sublime for the first, while Chilwell's goal was also something special. A solid performance in the face of sustained pressure and two away goals are just the ticket for Tuchel's charges.

Mason Mount, Chelsea goalscorer: "I'm delighted my first [Champions League] goal came in a big win. It was a big performance from all of us. It was difficult, we knew they were a very good team. They put pressure on us but we defended very well. The tie's not over, we've got to go into the second game with the same mentality as tonight."

Thomas Tuchel, Chelsea coach: "The result is excellent against a very good Porto side. There where many moments where we suffered but we accepted it. We're very happy to go away with this result but it's only half-time. Porto are a proud and emotional club who will not give in."

• Both Mount and Chilwell scored their first ever goals in the UEFA Champions League.

• Chelsea have kept clean sheets in seven of their nine UEFA Champions League games this season.

• César Azpilicueta was captain of Chelsea for the 150th game.

Both teams are in league action on Saturday, with Porto away to mid-table Tondela and the Blues also on the road, albeit staying in London to take on 12th-placed Crystal Palace. The second leg takes place on Tuesday 13 April.