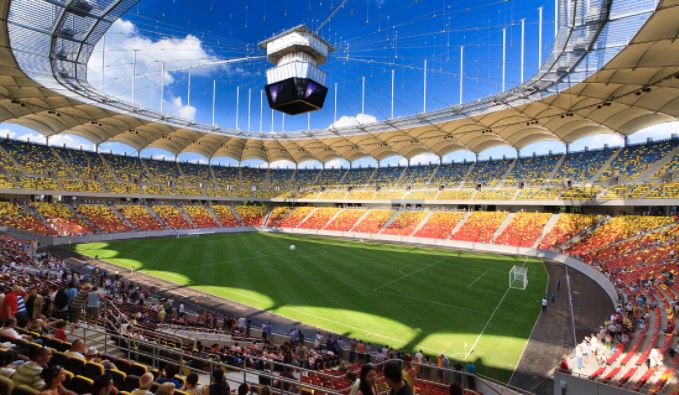 Both teams suffered late defeats in their opening fixtures, Ukraine succumbing to the Netherlands, and North Macedonia to Austria. Nevertheless, each side has cause for optimism ahead of kick-off here: Andriy Yarmolenko scored an early Goal of the Tournament contender as Ukraine fought back from 2-0 down to temporarily equalise in Amsterdam, while Goran Pandev registered North Macedonia’s historic first EURO goal on their tournament debut. Both teams know that defeat, depending on the other result in the group, could end their campaign.

Bogdan Buga, Ukraine reporter: For Ukraine, this is going to be a completely different game. Against the Netherlands, they had to do a lot of running, without seeing much of the ball, and wait for their chance on the break, or from a set piece. This time, they expect the lion's share of possession and must be patient to unpick a very compact 5-3-2 system. Being clinical will be the key.

Igor Panevski, North Macedonia reporter: After defeat against Austria, North Macedonia need a good result here to keep their chances alive with the Netherlands awaiting in Amsterdam to end the group. They have one win in four games against Ukraine, a 2-0 victory in a 2015 European Qualifier but only Kire Ristovski and Ferhan Hasani remain from that side. Igor Angelovski has a fully-fit squad as they seek to follow up their debut tournament match with a maiden finals win.

What the coaches and players say

Andriy Shevchenko, Ukraine coach: "North Macedonia deserve respect. They have character, they have outstanding leaders and a well-established playing system. They almost always play 5-3-2 and like to counterattack. They are good scrappers. We don't expect any gifts."

Mykola Matviyenko, Ukraine defender: "It's one of the most important games at this stage. It's a must-win for us, and we'll do our best to get three points. [Goran] Pandev is a very experienced footballer who has played in some very good teams. It's obvious he is a high-class player; he controls the ball well. He's showed how well he can play at this tournament."

Aleksandar Trajkovski, North Macedonia forward: "This team will never surrender. We will fight to the end, then we will see what happens. We will not give up; we will fight to get through the group and make everyone back at home proud enough to take to the streets."

Roman Yaremchuk, Ukraine forward: "North Macedonia don't have players like [Memphis] Depay, [Frenkie] de Jong or [Georginio] Wijnaldum, but they have a real team spirit, I can sense it. They have the right idea on the pitch, and they fight hard. It'll be one of the toughest matches ever for our team. We just have to focus on our game, respect the opposition, and be aggressive."