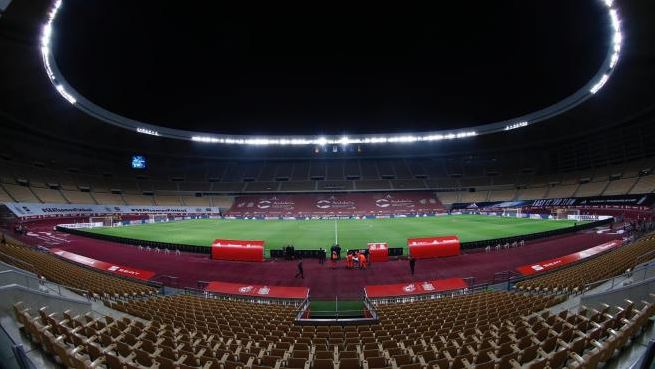 Spain start their campaign in Seville against familiar opponents from qualifying – they beat Sweden 3-0 in Madrid before a 1-1 draw in Solna, where the visitors levelled in added time. Sweden have not made it out of a EURO group since 2004 but made the 2018 FIFA World Cup quarter-finals; Spain fell the round before but are unbeaten at home since October 2018 against England, across Seville at Estadio Benito Villamarín.

Graham Hunter, Spain reporter: Whether this opening match sets the tone for Spain's tournament depends on how Sweden approach it. In the heat of Seville, do they play defensively and on the counter, or press Spain high and hard like the last time these sides met? Luis Enrique's team are not toothless but certainly lack a cutting edge up front against packed defences. An open game will have them dancing with delight. Big responsibility on Gerard Moreno and, I think, 18-year-old Pedri in creative midfield.

Sujay Dutt, Sweden reporter: Facing Spain in Seville, Sweden open their EURO campaign as underdogs, but spirits are high after two successive friendly wins in the build-up to the tournament. Emil Forsberg looked particularly good in those matches and the midfielder's form and confidence have been clear during the final days of training. Even though the Swedes are likely to be pinned down into defensive positions, the likes of Forsberg and Alexander Isak will be ready to exploit any spaces Spain may give them.

Luis Enrique, Spain coach: "If you ask me to sign up for losing tomorrow but winning the next two and qualifying first in group then … I’d be OK with that. But the truth is the first game is like taking the temperature: 'Are we OK?' That’s what it’s like. The first game can serve for generating confidence, seeing how much the competition means to us, and if you win in a way that shows your qualities then that’s a great way to start."

Janne Andersson, Sweden coach: "Playing Spain away is one of the toughest challenges in the world of football today. It's an exciting challenge and we need an absolute top performance, but we've had those in the past and I hope we can get another one. We have threatened them in the past. We know that if we can get everything to click, we absolutely have a chance on Monday."