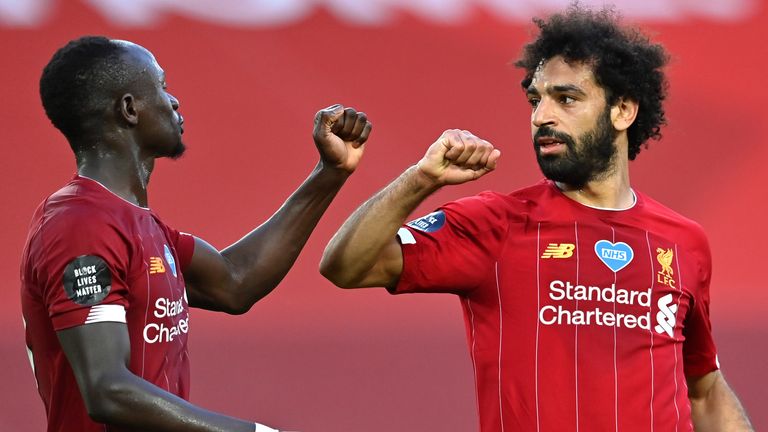 Liverpool are still within touching distance of a first top-flight title in 30 years but when could they actually be crowned champions?

Manchester City kicked off with a 3-0 win over Arsenal on Wednesday, before Jurgen Klopp's side had to settle for a point in Sunday's goalless Merseyside derby before bouncing back with a thumping 4-0 victory at home to Crystal Palace.

Liverpool are two points away from securing the title after their Palace win, meaning the runaway Premier League table leaders will be crowned champions if Man City fail to beat Chelsea on Thursday.

Could we be set for Etihad coronation?

If Man City do beat Chelsea, then we're in for a head-to-head showdown when Liverpool travel to Manchester City on Thursday, July 2.

In that scenario, Liverpool would need just a point against City at the Etihad to win the league.

And what if City were to beat Liverpool?

If Liverpool were to then lose at City then they could finally lift the championship with a victory at home to Aston Villa on Sunday July 5. Were Liverpool to only draw against Villa then they could still win the title if City failed to beat Southampton.

Liverpool invincible no more - but what records could they still break?