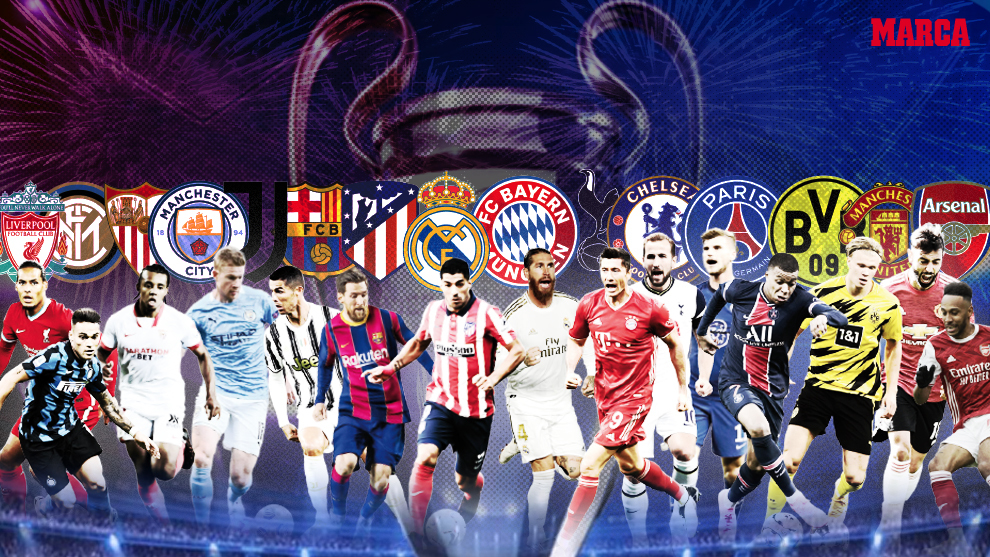 The summer transfer window has come to a close across Europe and squads are finalised for the first third of this season at least. Clubs have to deal with what they've got until the market reopens in January, although, because of the delayed start to the new campaign, the gap between transfer windows is shorter than usual.

During the summer, we saw most of the spending come from the Premier League, with the likes of Real Madrid and Barcelona doing very little business, if any.

European champions Bayern Munich have strengthened, while a revolution has taken place at Chelsea.

Here, we analyse the squads for each of Europe's top 15 clubs and see who has the best line-up going into the 2020/21 season.

There could be pitfalls in defence for Lucien Favre, who is counting on Mats Hummels to rediscover his best form.

Aside from the star-studded attack, PSG have strengthened at the back, with Presnel Kimpembe now charged with leading the defence following the departure of Thiago Silva.

The arrivals of Alessandro Florenzi, Danilo Pereira, Rafinha and Moise Kean boost options but are expected to be squad players.

After a summer of no signings, there's not much that has changed in Zinedine Zidane's line-up this season.

Martin Odegaard has returned from loan to add more quality to the midfield, while Vinicius Junior and Rodrygo Goes are expected to step up in their contributions.

The biggest movers of the summer window, Chelsea made a number of exciting signings, such as Kai Havertz, Timo Werner and Hakim Ziyech.

Frank Lampard will hope that the arrivals of Thiago Silva, Ben Chilwell and Edouard Mendy will stop his side shipping goals galore.

Mikel Arteta has brought in Thomas Partey, Gabriel and Willian to aid him in his efforts to take Arsenal back into the Champions League.

They could still come unstuck in defence, though, with question marks remaining over David Luiz.

Ronald Koeman has refreshed the Barcelona squad since his appointment, with Luis Suarez, Ivan Rakitic and Nelson Semedo adding to the departure list that already included Arthur Melo.

In their places, Francisco Trincao, Pedri and Miralem Pjanic were already tied down, while Sergino Dest has been signed from Ajax and Philippe Coutinho has returned from loan.

The signing of Thiago could take the Premier League champions to the next level, with the Spaniard providing the touch of quality that was missing in their midfield.

Diogo Jota also arrives to provide sturdier back-up should any one of Mohamed Salah, Sadio Mane or Roberto Firmino get injured.

After their 6-1 drubbing at the hands of Tottenham, United rushed into the transfer market on deadline day, coming out with Alex Telles and Edinson Cavani among others.

They join Donny van de Beek as new signings, although the squad is still short of a top centre-back who could solve their defensive problems.

It's hard to think of ways to improve the attacking side of Pep Guardiola's squad but Ferran Torres has replaced Leroy Sane in that sense.

As for the defence, it remains to be seen whether Ruben Dias and Nathan Ake's arrivals can have the desired effect.

The return of Rakitic is the headline from Sevilla's summer business, although Oscar Rodriguez, Oussama Idrissi, Marcos Acuna and Karim Rekik are smart acquisitions too.

Most importantly for Julen Lopetegui, Los Rojiblancos have kept the bulk of their squad that went on to win the Europa League last season, including Jules Kounde.

Luis Suarez's move from Barcelona to Atletico was one of the main transfer stories of the window, with the Uruguayan the natural goalscorer that Diego Simeone was crying out for.

The excitement that came with the striker's arrival was soon dampened by the cheap sale of Thomas Partey when Arsenal triggered his release clause.

Antonio Conte will be pleased to have kept hold of Lautaro Martinez and Romelu Lukaku this summer, with interest from elsewhere particularly high in the former.

Inter have also signed some big names themselves, including Arturo Vidal from Barcelona and the highly rated Achraf Hakimi from Real Madrid.

The Champions League winners have built on their success, signing wingers Leroy Sane and Douglas Costa.

Marc Roca has arrived to try to replace Thiago, while there are still some concerns over Jerome Boateng and Niklas Sule in defence.

Jose Mourinho has seen all three thirds of the pitch strengthened at Spurs this summer with the signings of Sergio Reguilon in defence, Pierre-Emile Hojbjerg in midfield and Gareth Bale in attack.

Still with no natural replacement for Harry Kane up front, there are doubts over whether Tottenham can challenge at the top of the Premier League just yet.

New head coach Andrea Pirlo has been backed by the club, with Alvaro Morata, Arthur Melo and Federico Chiesa all making the move to Turin.

For veteran defender Giorgio Chiellini and backup goalkeeper Gianluigi Buffon, this could be their final shot at Champions League glory and, with Cristiano Ronaldo, anything is possible.