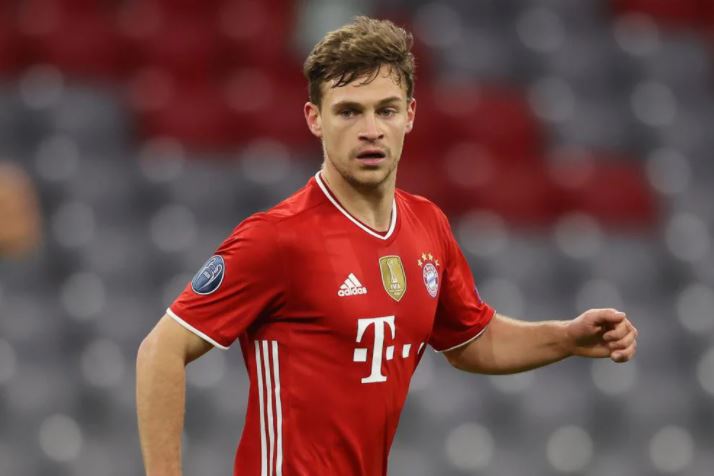 Mbappé on fire as Bayern fight for survival

'Serve chilled' was the classy headline in French sports paper L'Équipe after Paris's 3-2 first-leg win at Bayern, over a picture of Kylian Mbappé celebrating one of his two strikes in snowy Munich. It was a supremely composed performance from the striker, who is hoping to continue an exceptional goalscoring run in the return: eight goals in his last four UEFA Champions League matches. "I love this type of game," he said.

Bayern are a goal behind in Paris and still without their talismanic frontman Robert Lewandowski, but the European champions can take comfort in the fact that the first leg was something of an off-night. They had 31 shots on goal, and on another night might have converted four or five more of them. "Nobody could have had any complaints had we won 5-3 or 6-3," said Thomas Müller. "Somehow we shot ourselves in the foot. Now we have to come from behind."

A 2-0 win in the 'away' leg looks slightly better on paper than in reality given that both legs of Chelsea's tie with Porto are being held in Seville, but given the Blues' form since the arrival of Thomas Tuchel, Porto have cause to feel slightly dispirited. In the first-leg win against the Dragons, Édouard Mendy kept the 13th clean sheet in 16 Chelsea games since the start of January.

Porto, though, can take courage from their performance against Chelsea, if not the scoreline. But for the lapses that led to the goals, coach Sérgio Conceição felt that his side had the measure of their opponents, and was not conceding anything. "We are in the middle of the tie so let's believe," he said. "The players were fantastic. We know Chelsea's strengths." Finding their weaknesses is more of a challenge.