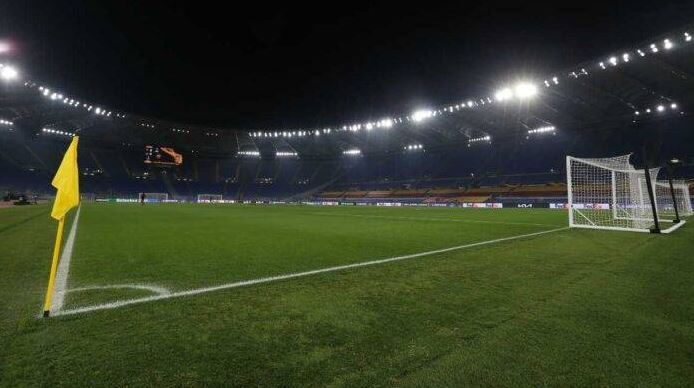 Roberto Mancini's side eased past Switzerland to continue their 29-game unbeaten run and earn a second victory in Group A to secure their spot in the UEFA EURO 2020 round of 16.

In a high-tempo opening, the Swiss were soon on the back foot. Giorgio Chiellini thought he had hit the opener after 19 minutes – however, the captain's stabbed finish was subsequently chalked off for a handball, and he soon had to leave the pitch through injury.

On 26 minutes, Manuel Locatelli did break the deadlock. Starting the move, the midfielder's laser-guided pass found Domenico Berardi, who burned down the right, drawing out the Swiss defence, before fizzing the ball into the chasing Locatelli's stride to fire home.

Shortly after the restart, he struck again. This time, the Sassuolo man drilled low into the bottom corner from outside the area, leaving Yann Sommer rooted to the spot – the first time he has scored twice in a match for club or country.

Despite a quiet night in the Italian goal, Gianluigi Donnarumma was alert to keep out Steven Zuber's flashed effort, in the best chance of the match for Vladimir Petković's side. Doubling his competition tally, Ciro Immobile then broke free late on to cap a commanding performance and seal the Azzurri's place in the last 16.

Another scintillating performance for Italy, who are now unbeaten in 29 consecutive games and have not conceded in their last ten. Playing in place of the injured Marco Verratti, Locatelli was the hero this time with two great goals, but once again it was the entire group who really made the difference. Italy play like a well-oiled orchestra rather than a collection of individual talents. The Azzurri continue to show great enthusiasm. The sky is the limit?

A tough night overall for Switzerland, with the result never in doubt. The Swiss struggled to cope with Italy's rhythm and possession from the start and never really reacted. Kevin Mbabu struggled to cope with Leonardo Spinazzola, the midfield was overrun by Italy and their strikers were never dangerous. Now Petković's men must forget this performance and quickly focus on the next game.

Roberto Mancini, Italy coach: "Switzerland are a strong side. We knew it would be a tough game and it was. We created several chances and deserved the victory. We were struggling in the opening minutes, but then we pressed them high and forced them to make mistakes. The lads did really well. It wasn't easy – their second game in five days and it's so hot."

Manuel Locatelli, Italy midfielder: "I'm very proud of this [Star of the Match] award but I want to share it with the whole team; I think we are a wonderful group. The first goal was for my family. After passing the ball to Berardi, I followed the action because I know him well and I knew he would do something with it. The second was for all the Italy fans because we play to make them happy again."

Vladimir Petković, Switzerland coach: "Congratulations to Italy – they play great football, and have for some time. Everyone deserves to be disappointed tonight, but tomorrow from the first training session we move on. I spoke to the team and told them there's a match left, and three points could get us to the next round."

Granit Xhaka, Switzerland captain: "Italy were the better side. You can't afford to make mistakes against them. Now we focus on Turkey."